Colin considers himself a classic amateur golfer, juggling a busy family and work-life, golfing when he’s able. Like most amateurs, he often forgoes practice in favour of playing, preferring the excitement of chasing that sub-handicap round!

Colin started playing golf relatively late, in his early 30s, after realising golf membership was available on a short-term ‘twilight’ basis over the summer months. But golf was already in the family.

His Grandparents were regular players, with his grandmother captaining Kettering Golf Club Ladies in 1982. His father was Northamptonshire County Junior Champion in 1970 and has maintained a single figure handicap ever since.

In an era where golf was less accessible, Colin gravitated to other sports growing up, and never reconsidered golf until a chance conversation about twilight golf at work some 25 years later.

Colin is a member at Dunston Hall in Norwich and plays off a 15 handicap. He’s part of a small golf society run by friends, who contest 4 cups every year. His best ever round came in the summer competition at Costessey Golf Club in June 2019, taking the win with a gross 75 (+3).

With a degree in Geology, Colin works in the Oil and Gas industry, as Operations Manager for a software company. He manages UK, Europe and Middle East markets developing business and maximising customer’s experiences.

In 2018 Colin founded Isla Putters, a custom wood putter manufacturer, combining his love of woodwork and golf. Isla Putters specialise in creating unique handcrafted clubs created in partnership with their future owners,
from his small workshop in Norwich, UK.

Colin has a wife and two children, 7 and 4. His eldest has joined his dad on the course a number of times and has just got his first junior golf club set!

For more details on Isla Putters and to spec your very own custom putter you can visit the Isla Putters website here. 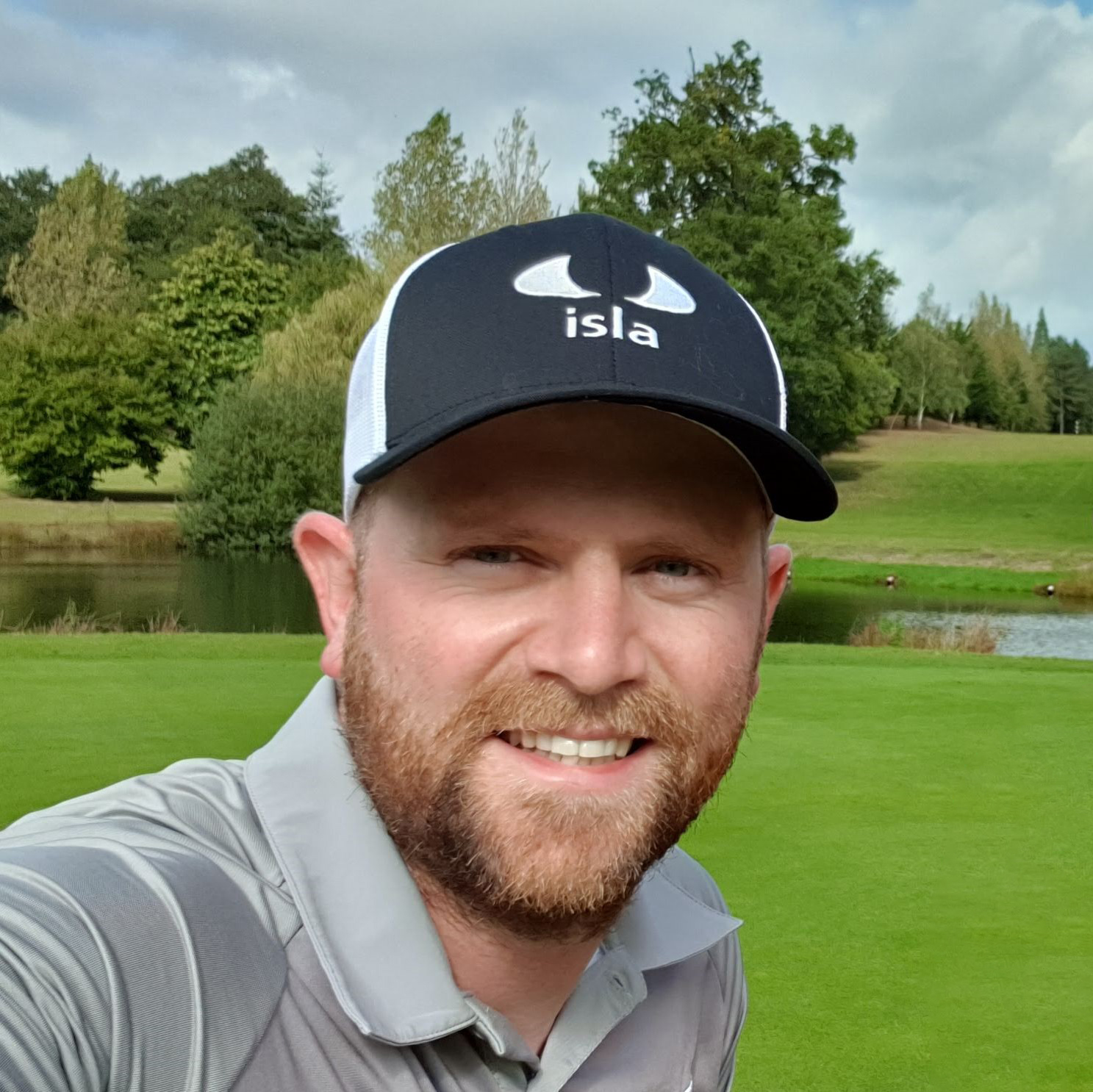 “I’m definitely a Golf Geek! One way or another Golf takes up all of my spare time, I’m considering less sleep just to do more Golf!”

“The cost of new clubs means they are just not on my radar so knowing there is a company I can trust, souring the very best quality preowned clubs at the best prices, is music to my ears. The fact they offer a great service, warranty & returns policy should I not get on with a certain club means I can buy from Golf Geeks in complete confidence.”

“When Golf Geeks started selling rangefinders and GPS devices I jumped at the opportunity to grab myself a bargain. These units can be very expensive when new & wasn’t a purchase I could justify, until now!”

“Being able to buy premium brand golf equipment at a fraction of the price of new means I can get into newer technology more often, without breaking the bank.”

“Golf Geeks is not just about getting a great deal on golf clubs. The Golf Geeks website has some useful, thought provoking, content on how to improve your game which is all aimed at amateur golfers. There’s tips, blogs and videos from amateurs & pro’s alike on all sorts of aspects of the game.”